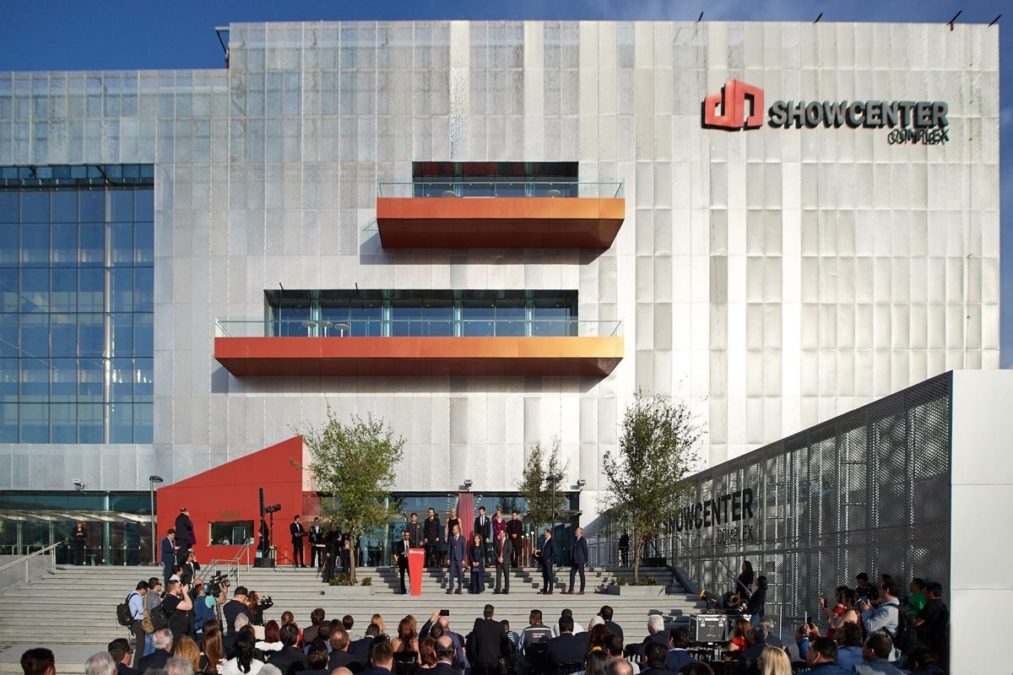 Things are off to a magical start in Mexico! Broadway Across America (BAA) reported a gross of $1,160,471 for a six-performance engagement of The Illusionists: Live From Broadway, a non-stop theatrical experience that showcases the talents of the most incredible Illusionists on earth, which opened the new Showcenter Complex in Monterrey N.L., Mexico on March 14.

As reported back in December, BAA, part of the John Gore Organization, and DelKing Entertainment will welcome many popular Broadway productions at the new Showcenter Complex in Monterrey, which marks BAA's 45th market and its first partnership in Mexico. The Showcenter Complex is a new home in the exclusive municipality of San Pedro Garza Garcia for top-tier productions.

“Our partner, DelKing Entertainment, put a new city on the map last week when they opened the doors to their spectacular new theater in Monterrey, so we’re now taking Broadway across North America—from Monterrey to Montreal,” said John Gore, Owner and CEO of the John Gore Organization, parent company for BAA. “Ticket sales exceeded our most optimistic expectations and the Showcenter Complex theater is simply stunning. Congratulations to Eudelio Garza Mercado and his extraordinary team.”

The Showcenter Complex is a highly versatile venue, with a retractable and configurable tier system, which allows the creation of different spaces where guests can stand, sit or any combination required for a capacity between 1700-4000. Upcoming engagements include Rodgers + Hammerstein's Cinderella, playing April 26 to 28, and the Tony Award-winning revival of Kander and Ebb's Chicago, playing May 29 to June 2. Broadway in Monterrey has announced that The Book of Mormon will headline a 2019-2020 season to be announced soon.

DelKing Entertainment provides world-class events in San Pedro Garza García, the municipality with the highest purchasing power in Latin America. They offer a comprehensive entertainment experience, which includes the management of Showcenter Complex, the distribution of tickets and events promotion.

Broadway Across America is part of The John Gore Organization family of companies, which includes Broadway.com, The Broadway Channel, BroadwayBox.com and Group Sales Box Office. Led by 13-time Tony-winning theater producer John Gore (Owner & CEO), BAA is the foremost presenter of first-class touring productions in North America, operating in 45 markets with over 480,000 subscribers. Presentations include Disney's The Lion King, Wicked, The Book of Mormon, The Phantom of the Opera and Hamilton. Current and past productions include The Band’s Visit, Beautiful, Cats, Chicago, Dear Evan Hansen, Hairspray, Mean Girls, The Producers and Waitress.

The John Gore Organization is the leading developer, producer, distributor and marketer of Broadway theater worldwide. Under the leadership of 13-time Tony-winning theater producer and owner John Gore, its family of companies includes Broadway Across America, Broadway.com, The Broadway Channel, BroadwayBox.com, and Group Sales Box Office. The company presents shows in 45 cities across North America as well as on Broadway, Off-Broadway, London’s West End, Japan, and China. It has won Tony Awards in every producing category as well as numerous other Drama League, Drama Desk and Olivier Awards.