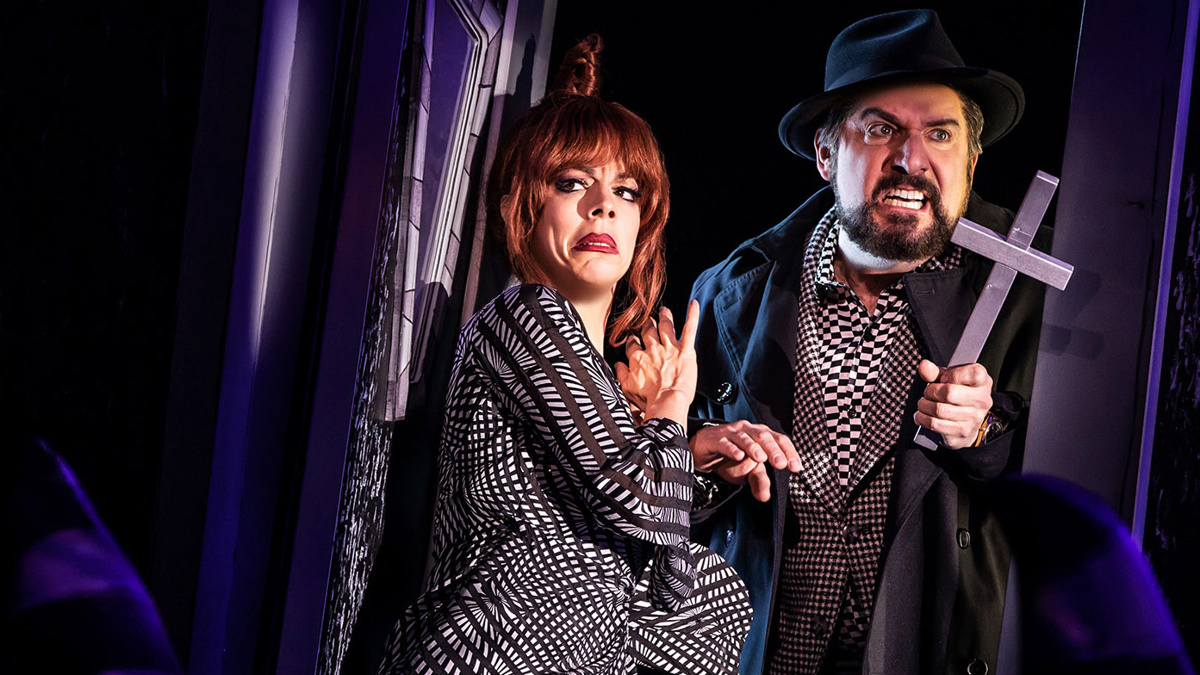 The full casting for the Broadway return of Beetlejuice is set. As previously announced, Alex Brightman will reprise his Tony-nominated performance when the musical plays at the Marquis Theatre beginning on April 8. Joining Brightman will be original cast members Leslie Rodriguez Kritzer as Delia, Adam Dannheisser as Charles, Kerry Butler as Barbara, David Josefsberg as Adam, Kelvin Moon Loh as Otho, Danny Rutigliano as Maxie Dean and Dana Steingold as the Girl Scout.

Beetlejuice originally closed when the Broadway shutdown extended past its original final performance date.The show, based on the 1988 Tim Burton film of the same name, is directed by Alex Timbers and features an original score by Eddie Perfect with a book by Scott Brown and Anthony King.