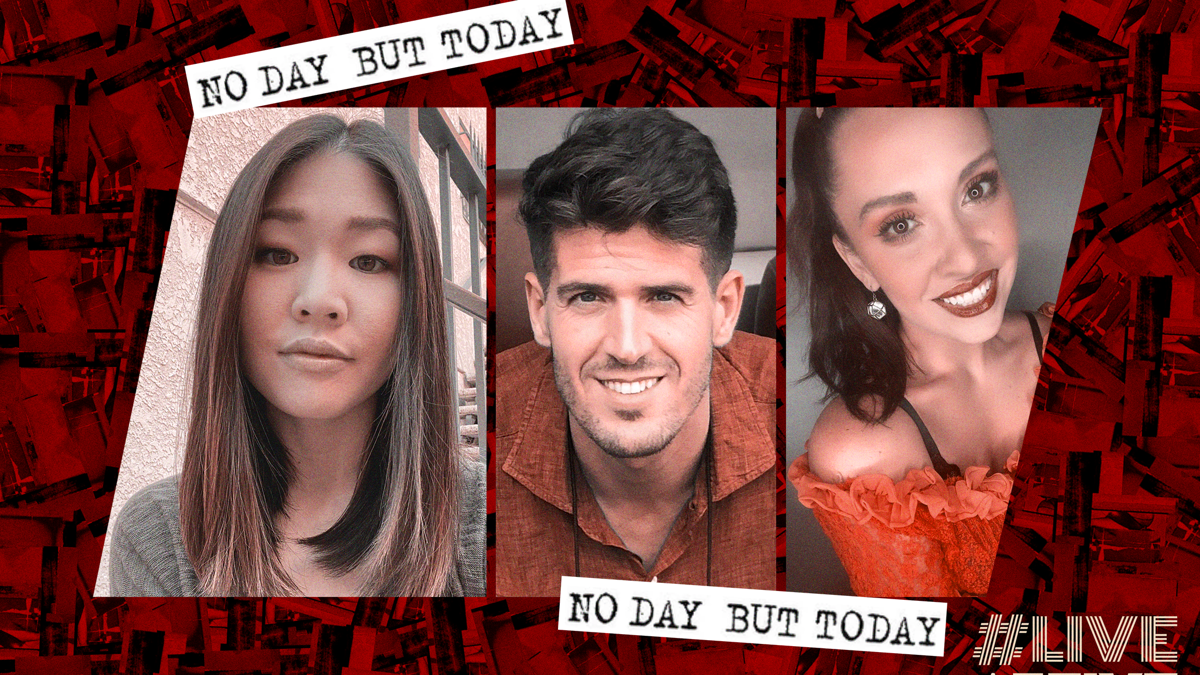 How Pepe Monar, Darci Wong and Megan Meyer Created a Full Production of Rent on a Singing App

While Broadway theaters will continue to remain empty until 2021, Pepe Monar, Darci Wong and Megan Meyer (who was a top 10 finalist in The Search for Roxie) are finding a new way to make theater accessible for all. For the past two months, the trio, along with five other actors across the globe, has been working together to create a full virtual production of Rent on Smule, a popular singing app. The group is releasing videos in reverse chronological order, with plans to debut the first song, “Tune Up #1,” on December 24 at 9PM ET to coincide with the first words of the musical. With most of the second act uploaded, Monar, Wong and Meyer appeared on Broadway.com’s #LiveatFive: Home Edition to talk about the virtual creation.

Monar, who is the production’s director and stars as Roger, had no professional theater experience prior to taking on the beloved Jonathan Larson musical. “In the beginning it was my idea. I’ve been a huge fan of musical theater and Rent since I was little,” he said to Paul Wontorek. “I work in sports management here in Berlin, Germany, but music’s my life. I did this in reaction to COVID-19. I saw this as a way of being able to continue to perform. It’s not easy because we’re a group of people all living in different time zones and coordinating things is difficult, but it’s always worth it.”

Taking place entirely on Smule, this production of Rent is created to make it feel like all the actors are performing together. “We’ve watched Rent so many times at this point to try to figure out every single scene,” said Wong, who plays Mimi. “I think each of us have probably watched it 10 times. The three of us outline how each scene is going to go number by number. We’re in direct communication—all eight of us—constantly. Time stamps are important, the backgrounds are important. We’ve all purchased similar backdrops, so that we could mesh for different scenes. All of it is heavily coordinated.”

Marking the “first complete Broadway production to debut on Smule,” the trio is already dreaming up of what to do next. “I always want to see the whole story, so my mind goes to Sondheim,” Meyer, who plays Maureen, said. “I’m like, ‘Let’s do Into the Woods next.’ Ambitious is a good word for us. It’s been really rewarding seeing people recognize what we’ve been doing. We’re collecting them in an album and it’s just been such a great experience.”

Follow along on Smule and watch the full #LiveatFive: Home Edition episode below!