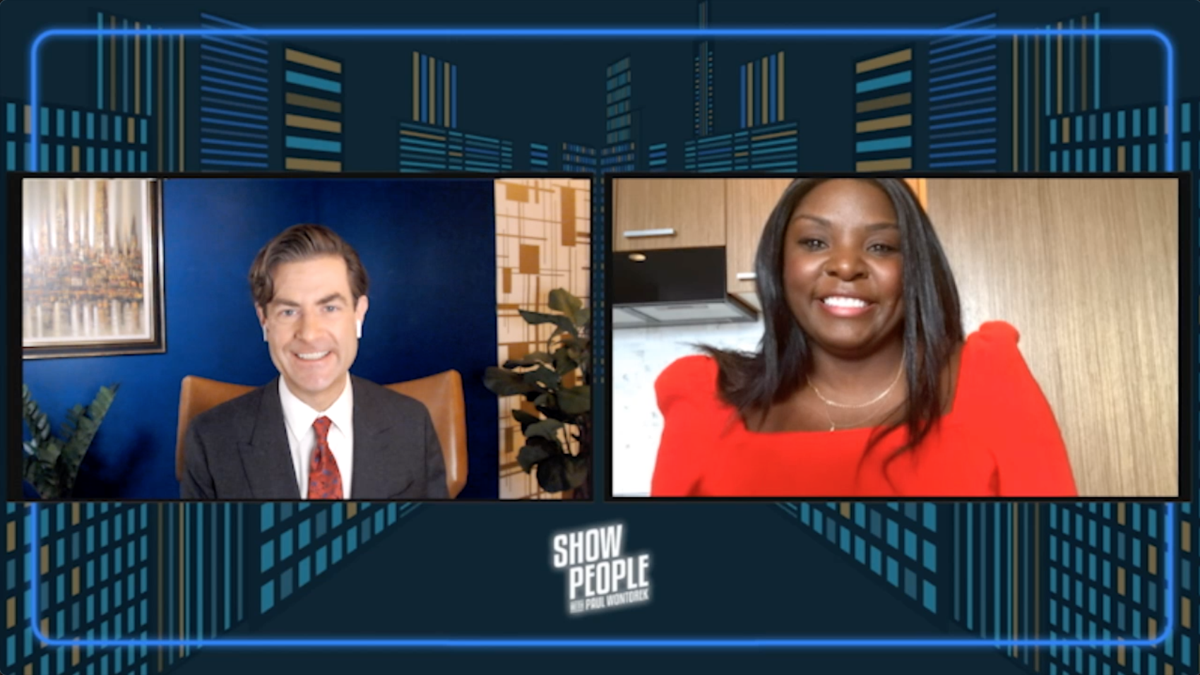 Joaquina Kalukango has come a long way from singing Monica’s “For You I Will” at her eigth grade talent show: “I wore a baptism white dress and was just doing the most.” She received a Tony nomination for her performance in Jeremy O. Harris’ Slave Play. “I’m so grateful to have been a part of Slave Play,” she said on Show People with Paul Wontorek. “These actors, the writer, the director, our whole cast and crew, our front-of-house staff, our bartenders, our ushers—it was such a great environment that we were in. We were fully supported by everybody, so to be honored in this way with the 12 Tony nominations is extremely beautiful. I’m so proud of everyone. This is something I dreamed of since I was a kid.”

Kalukango shares her Tony category with Laura Linney, Mary-Louise Parker and Audra McDonald, whom she called  “the greatest of all time” on Broadway.com. “It’s insane,” she said of sharing a category with the six-time Tony winner. “I remember when she came to the show. She just had such a generous heart and spirit. That type of support from such a legend is something that every kid needs coming into this business.”

In addition to Slave Play, Kalukango’s credits include TV and film work. She is set to appear in Lifetime’s The Mahalia Jackson Story, starring her former The Color Purple castmate Danielle Brooks and directed by Tony winner Kenny Leon. She shot Amazon’s One Night in Miami in New Orleans last February prior to the COVID-19 pandemic. “It’s an incredible film,” she said of the project, which stars Tony winner Leslie Odom Jr. as singer Sam Cooke. “I got to play Betty Shabazz. It’s insane. Regina King directed.” Kalukango also appeared in HBO’s genre-defying Lovecraft Country. “It was amazing,” she said of her experience shooting the show.

Though a date for the Tony Awards has yet to be announced, Kalukango is already making plans for the big night. “I have determined that my entire family is going to be fully dressed—gala dressed! I’m going to buy a red carpet. I’m going to put up something outside. We’re all going to take pictures. It’s going to be a party,” she said. “This moment only happens once, right? Your first time being nominated only happens once, so even in this, I want to fully enjoy it as much as I can.”