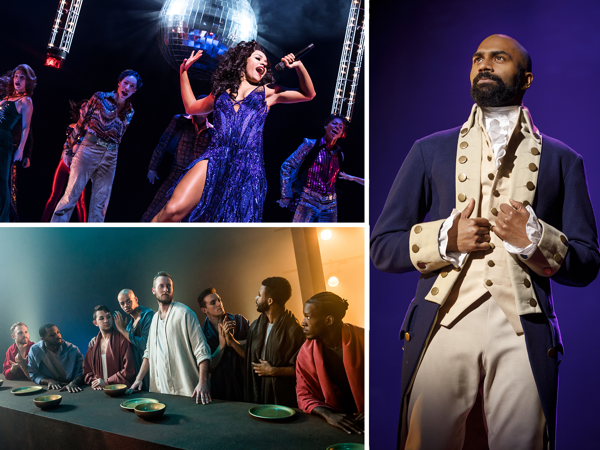 The biggest hits on the Great White Way are headed to Miami as part of the just-announced Bank of America Broadway in Miami 2019-2020 season!

Broadway blockbusters Summer: The Donna Summer Musical, Hamilton and Jesus Christ Superstar will be part of the upcoming season. The series will also include Fiddler on the Roof, Roald Dahl’s Charlie and the Chocolate Factory and Miss Saigon.

FIDDLER ON THE ROOF
October 29 – November 3
Fiddler on the Roof is the heartwarming story of fathers and daughters, husbands and wives, and life, love and laughter. This classic musical is rich with Broadway hits, including “To Life (L’Chaim!),” “If I Were A Rich Man,” “Sunrise Sunset,” “Matchmaker, Matchmaker” and “Tradition.” The original Broadway production of Fiddler on the Roof, which opened in 1964, was the first musical in history to surpass 3,000 performances. The show won the 1965 Tony Award for Best Musical, in addition to eight other Tony Awards that year. This acclaimed revival proudly introduces a new generation to the iconic musical adored across the globe.

ROALD DAHL’S CHARLIE AND THE CHOCOLATE FACTORY
December 3 – 8
Roald Dahl’s amazing tale is now your golden ticket! It’s the perfect recipe for a delectable treat: songs from the original film, including “Pure Imagination,” “The Candy Man” and “I’ve Got a Golden Ticket,” alongside a toe-tapping and ear-tickling new score from the songwriters of Hairspray. Willy Wonka is opening his marvelous and mysterious chocolate factory…to a lucky few. That includes Charlie Bucket, whose bland life is about to burst with color and confection beyond his wildest dreams. He and four other golden ticket winners will embark on a mesmerizing joyride through a world of pure imagination. Now’s your chance to experience the wonders of Wonka like never before—get ready for Oompa-Loompas, incredible inventions, the great glass elevator, and more, more, more at this everlasting showstopper!

HAMILTON
February 18 – March 15, 2020
Hamilton is the story of America’s Founding Father Alexander Hamilton, an immigrant from the West Indies who became George Washington’s right-hand man during the Revolutionary War and was the new nation’s first Treasury Secretary. Featuring a score that blends hip-hop, jazz, blues, rap, R&B, and Broadway, Hamilton is the story of America then, as told by America now.

MISS SAIGON
April 7 – 12, 2020
Experience the acclaimed new production of the legendary musical Miss Saigon! From the creators of Les Miserables, this is the epic story of a young Vietnamese woman named Kim who is orphaned by war and forced to work in a bar run by a notorious character known as the Engineer. There she meets and falls in love with an American G.I., an encounter that will change their lives forever. Featuring stunning spectacle and a sensational cast of 42 performing the soaring score, including Broadway hits like “The Heat is On in Saigon,” “The Movie in My Mind,” “Last Night of the World” and “American Dream,” this is a theatrical event you will never forget.

SUMMER: THE DONNA SUMMER MUSICAL
May 12 – 17, 2020
She was a girl from Boston with a voice from heaven, who shot through the stars from gospel choir to dance floor diva. But what the world didn’t know was how Donna Summer risked it all to break through barriers—becoming the icon of an era and the inspiration for every music diva who followed. With a score featuring more than 20 of Summer’s classic hits, including “Love to Love You Baby,” “Bad Girls” and “Hot Stuff,” the electric experience of Summer: The Donna Summer Musical is a moving tribute to the voice of a generation. Vogue calls it, “The new must-see Broadway musical of the moment. Don’t miss it! A vibrant and sparkling homage to the queen of disco. It’s the perfect place to dance to your favorite disco hits by the diva!”

JESUS CHRIST SUPERSTAR
June 23 – 28, 2020
Jesus Christ Superstar is an iconic musical phenomenon with a world-wide fan base. In celebration of its 50th anniversary, a new mesmerizing production comes to North America. Originally staged by London’s Regent’s Park Open Air Theatre and helmed by the acclaimed director Timothy Sheader (Crazy for You, Into the Woods)and award-winning choreographer Drew McOnie (King Kong, Strictly Ballroom), this production won the 2017 Olivier Award for Best Musical Revival, garnering unprecedented reviews and accolades. Appealing to both theater audiences and concert music fans, this production pays tribute to the historic 1971 Billboard Album of the Year while creating a modern, theatrical world that is uniquely fresh and inspiring. With music and lyrics by Emmy, Grammy, Oscar and Tony Award winners Andrew Lloyd Webber and Tim Rice, Jesus Christ Superstar is set against the backdrop of an extraordinary series of events during the final weeks in the life of Jesus Christ as seen through the eyes of Judas. Reflecting the rock roots that defined a generation, the legendary score includes “I Don’t Know How to Love Him,” “Gethsemane” and “Superstar.”