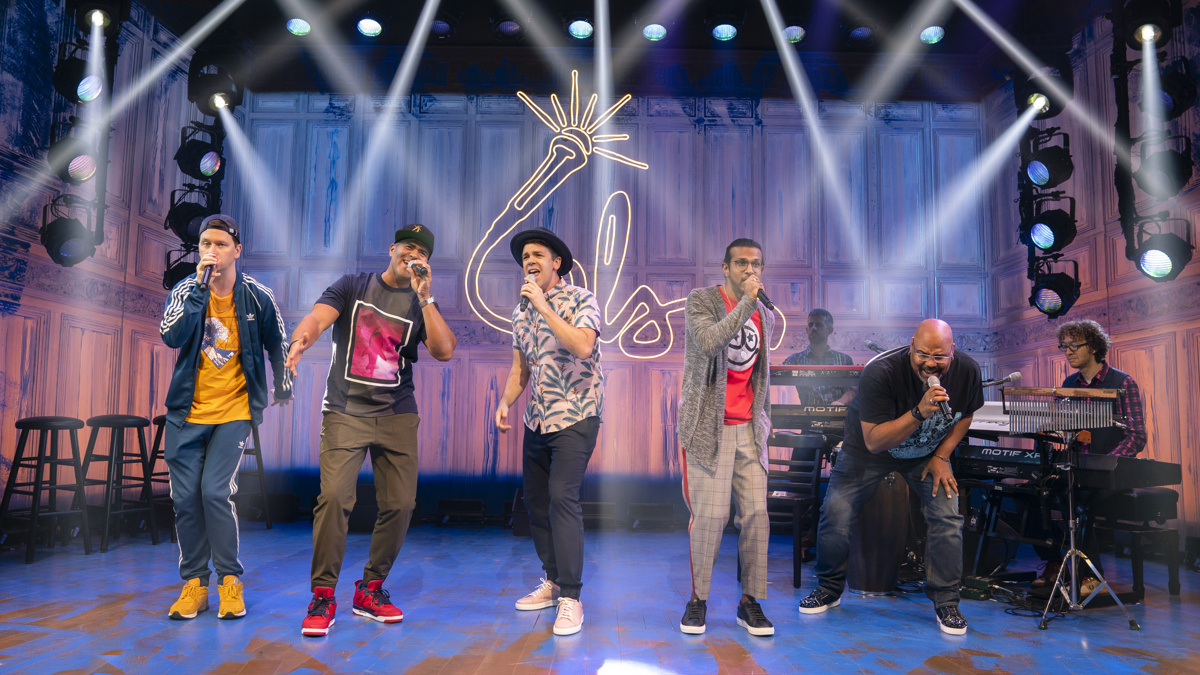 The beat goes on! Freestyle Love Supreme, the high-energy show that blends hip-hop, improvisational theater, music and vocal stylings, is set to return to Broadway. Conceived by Lin-Manuel Miranda, Thomas Kail and Anthony Veneziale, the production, directed by Kail, is scheduled to begin performances on October 7 for a limited engagement at the Booth Theatre through January 2, 2022.

“We are thrilled to be back on Broadway and part of this theatrical community we love so much. The immediacy of our show, with its content driven by audience suggestion, makes it one of the rare shows that can speak to whatever is happening in the moment. We cannot wait to be onstage at the Booth Theatre making people laugh,” said co-creator, producer and director Kail.

“If live theater is coming back, so is FLS,” added co-creator and producer Miranda. “Our most important collaborator is the audience, and we can’t wait to get back in the Booth.”

In addition to the core FLS cast, there will be unannounced special guests that will include Miranda, Christopher Jackson, Wayne Brady, Utkarsh Ambudkar, James Monroe Iglehart, Daveed Diggs, and more.

In name and beyond, Freestyle Love Supreme pays homage to John Coltrane’s “A Love Supreme,” with a nod to musical roots in jazz, soul, blues and hip-hop. The show was originally developed and produced in 2004 by Ars Nova, in association with Jill Furman and Back House Productions. It has played in all five boroughs and many states, as well as the U.S. Comedy Festival, Edinburgh Fringe Festival, Melbourne Comedy Festival, and the Montreal Just for Laughs Festival. Hulu premiered the documentary We Are Freestyle Love Supreme at the Sundance Film Festival in 2020 and it was nominated for a Grammy Award.