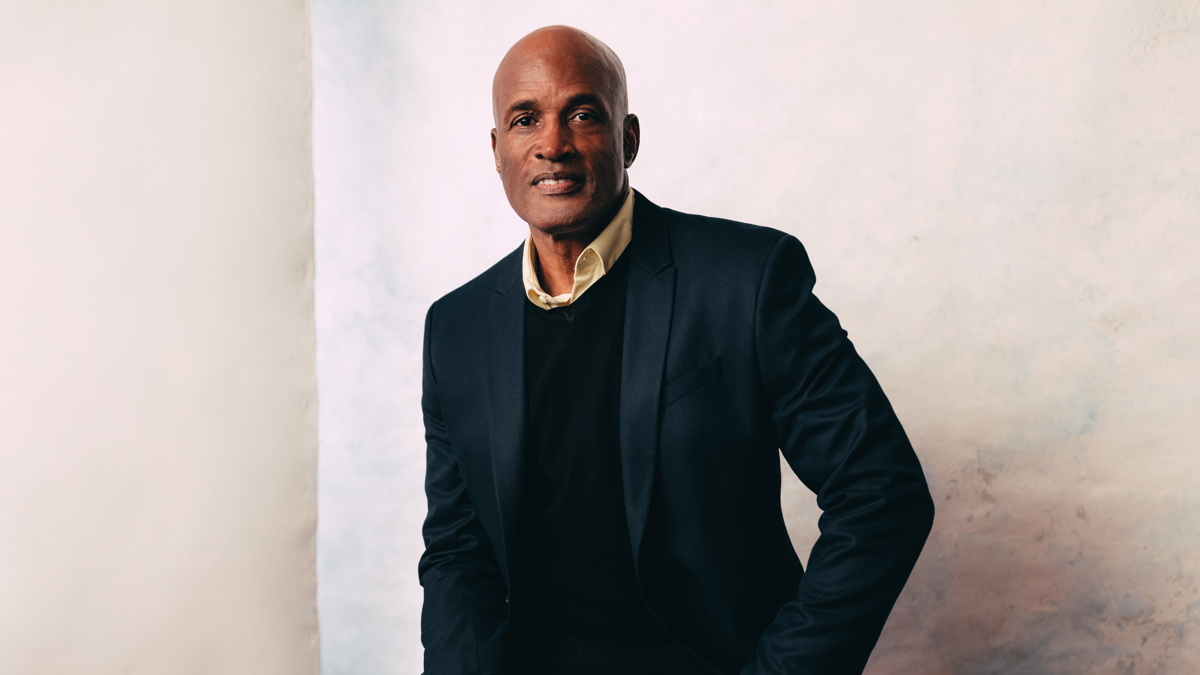 Director Kenny Leon Wants to Bring King James to Broadway
Kenny Leon is directing the world premiere of Rajiv Joseph’s King James, which is currently running at Chicago’s Steppenwolf’s Downstairs Theater, and hopes to bring the production to New York. In an interview with the Chicago Tribune, Leon said “One thousand percent, I think this show is going to Broadway. If this show does not go to Broadway, I will be totally shocked. I am betting on myself and the logic of having the right people in the right room.” King James is an ode to basketball legend LeBron James and follows two friends who communicate best when they are talking and arguing about sports. Though he is never seen in the show, James serves as a symbol for the hopes, desires and fears that they have bottled up since childhood. The play is set to run through April 10 before its run at Center Theatre Group’s Ahmanson Theatre in Los Angeles from June 1 through July 3.

Starry Old Friends Celebrate Sondheim at The Sondheim Set for May
An all-star gala in London will help launch the Sondheim Foundation this spring. Producer Cameron Mackintosh has invited many of Stephen Sondheim’s old friends to celebrate his legacy at the theater, which was recently rebuilt in Sondheim’s honor. Old Friends Celebrate Sondheim at The Sondheim will take place on May 3 at 8PM at London’s Sondheim Theatre. The one-night-only event will feature Michael Ball, Judi Dench, Bernadette Peters, Elaine Paige, Imelda Staunton, Hannah Waddingham and more. Matthew Bourne and Maria Friedman are staging the evening, which will feature choreography by Stephen Mear with Alfonso Casado Trigo conducting a 26-piece orchestra. Click here to learn more.

Jonathan Groff Joins M. Night Shyamalan Thriller
Jonathan Groff is heading back to the big screen. The Tony nominee has joined the cast of M. Night Shyamalan’s Knock at the Cabin, according to Deadline. Like most Shyamalan films, the plot and characters are being kept secret. Knock at the Cabin is set to release theatrically on February 3, 2023. Groff is a two-time Tony and Emmy nominee known for his stage turns in Spring Awakening and Hamilton. His screen credits include Mindhunter, The Matrix Resurrections and voicing Kristoff in the Frozen franchise.

Olga Merediz to Be Series Regular in Blockbuster Netflix Comedy
Olga Merediz, who recently graced the screen reprising her Tony-nominated performance as Abuela Claudia in the film adaptation of In the Heights, will be a series regular in an upcoming Netflix comedy, according to Deadline. The series, titled Blockbuster, is a 10-episode ensemble comedy that takes place in the last Blockbuster Video store in America. Merediz will play Connie, who works to make friends, not money. She’s the unintentionally blunt mother figure to not just the employees, but many of the Blockbuster regulars. The cast is lead by Randall Park and Melissa Fumero and also features Tyler Alvarez, Madeleine Arthur, JB Smoove and Kamaia Fairburn. The series was created by Vanessa Ramos with David Caspe and Jackie Clarke also serving as writers and executive producers. John Davis and John Fox executive produce for Davis Entertainment. Payman Benz will direct and co-executive produce four episodes, including the pilot.