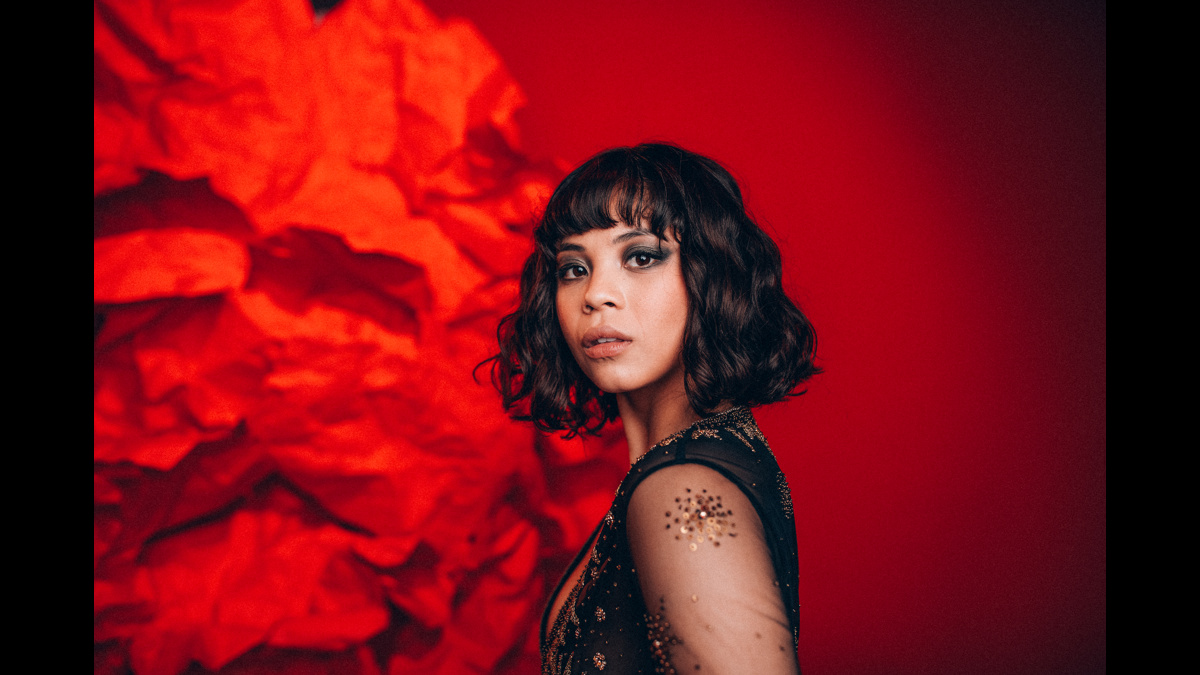 Eva Noblezada Lands Next Film Gig
Hadestown Tony nominee and former vlogger Eva Noblezada has her next project lined up! Deadline reports that she and Brandon Wardell have joined the cast of the Amblin Partners family comedy, Easter Sunday, which is based on the life experiences of comedy star Jo Koy and is set around a family gathering on the title holiday. Wardell will portray Junior, the teenage son of Koy’s on-screen persona, and Noblezada is set to play Junior’s friend Ruth. Jay Chandrasekhar will direct with Ken Cheng penning the script. Production is aiming for a spring start. In addition to earning Tony nominations for her performances in Hadestown and Miss Saigon, Noblezada made her feature film debut in the critically acclaimed filmYellow Rose.

Bryant Park to Present Live Performances This Summer
Bryant Park will serve as a stage for some exciting outdoor offerings this summer. Titled Picnic Performances, there will be 25 live and in-person music, dance and theater events produced in partnership with a diverse lineup of New York City’s performing arts institutions, including Carnegie Hall, Jazz at Lincoln Center, New York City Opera, Classical Theatre of Harlem, Joe’s Pub, New York Chinese Cultural Center and more. The season kicks off on June 9 with a four-night run of shows by musicians from the New York Philharmonic and closes on September 20 with a 100th anniversary celebration the park’s neighbor, The Town Hall. More details about COVID-19 safety and the lineup will be available soon.

Mimi Lien to Redesign Lincoln Center Plaza for Outdoor Offerings
Tony-winning set designer Mimi Lien has been commissioned to redesign Lincoln Center’s Josie Robertson Plaza for Restart Stages, the new initiative that will create outdoor performance and rehearsal spaces. Aptly named The Green, the project will transform approximately 14,000 square feet of concrete expanse surrounding the Revson Fountain into an environment that invites New Yorkers to relax in an open, park-like space. The installation opens on May 10 and will remain in place through September.

Edinburgh Festival to Resume in Person & Online
After being canceled in 2020 for the first time in over 70 years due to COVID-19, the Edinburgh International Festival will resume this summer. This showcase of international dance, music and theater will take place from August 7 through 29 on three outdoor pavilions across Edinburgh, Scotland. In addition, many of the performances will be streamed for free to international audiences. The Edinburgh Art Festival, Edinburgh Festival Fringe, Edinburgh International Book Festival, Edinburgh International Festival and The Royal Edinburgh Military Tattoo typically comprise more than 5,000 events across Scotland’s capital each summer, welcoming audiences of 4.4 million and more than 25,000 artists, writers and performers from 70 countries, making them the second biggest cultural event in the world after the Olympics. The lineup as well as COVID-19 safety procedures will be announced in June.

Watch Uzo Aduba, Anthony Ramos & More in In Treatment
The trailer for In Treatment is here! HBO’s previously announced reboot of the series is set to premiere on May 23. The series ended its three-season run in 2010 and is returning for a fourth season as a reimagined half-hour series. This reimagining stars Uzo Aduba as the empathetic Dr. Brooke Taylor, who helps three patients navigate their mental health amid the COVID-19 pandemic. John Benjamin Hickey, the Tony-winning star who is nominated once again for his performance in The Inheritance, plays Colin, a charming millionaire beach bum turned white-collar criminal reckoning with all the ways his life has changed following his recent release from prison. The show also stars Anthony Ramos as home health aide Eladio and Liza Colón-Zayas as Rita, Brooke’s longtime friend. Check out the trailer below!

Tony-Nominated Costume Designer Robert Fletcher Dead at 98
Stage and screen costume designer Robert Fletcher died peacefully at his home in Kansas City, Missouri on April 5 at the age of 98. With a career spanning over six decades, he is perhaps best known for his work on the first four Star Trek films and is considered the father of the classic Klingon and Vulcan. Fletcher received three Tony Award nominations for his work on Little Me, High Spirits and Hadrian VII. He received a Drama Desk Award nomination for Outstanding Costume Design for Othello in 1982, starring James Earl Jones, Christopher Plummer and Dianne Wiest. He was nominated for three Saturn Awards (an honor given to the best in science fiction, fantasy and horror movies) and in 1987, won the Saturn for Star Trek IV. In 2005, Fletcher was awarded the Career Achievement Award from the Costume Designers Guild. In 2008, he received a Theatre Development Fund/Irene Sharaff Lifetime Achievement Award for his set design.