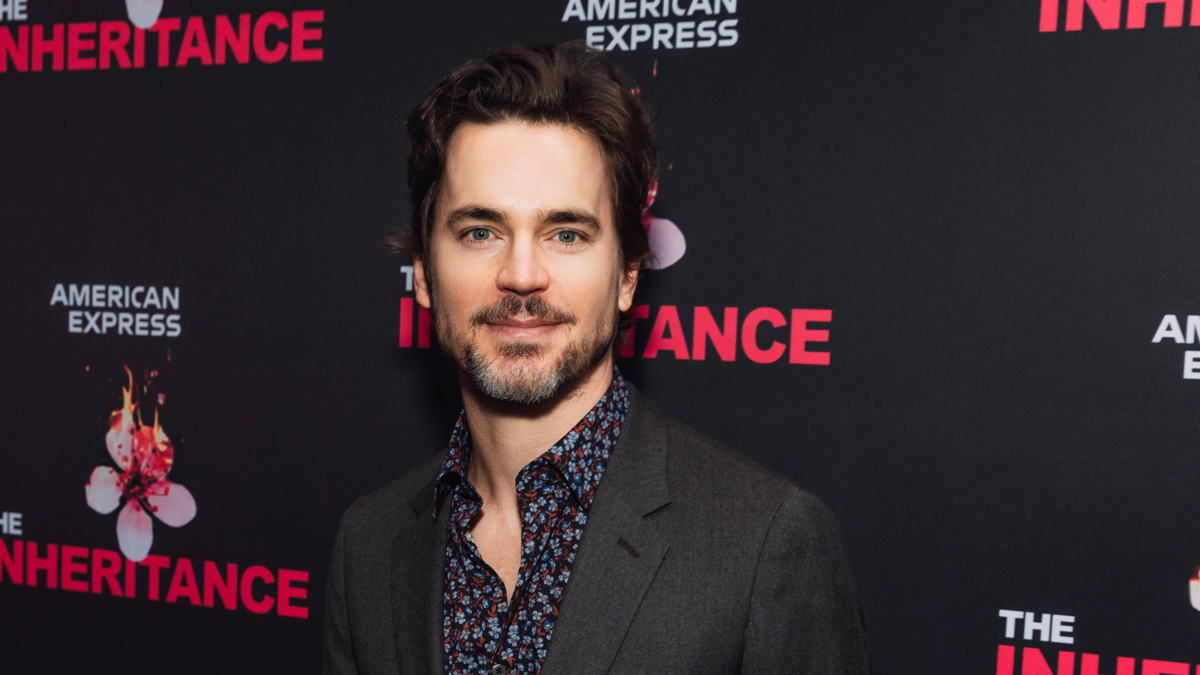 Matt Bomer in Talks for Leonard Bernstein Biopic Starring Bradley Cooper
Matt Bomer is in talks to appear opposite Tony nominee Bradley Cooper in the upcoming Leonard Bernstein biopic Maestro. The project, which has been acquired by Netflix, will star Cooper as the celebrated composer in the film, which tells the story of the marriage between Bernstein and Felicia Montealegre, played by Carey Mulligan. Variety reports that Bomer will play a clarinet player with whom Bernstein had a brief relationship. Bomer, known for starring in the TV series White Collar, made his Broadway debut in The Boys in the Band. He also appeared in the film adaptation on Netflix. Cooper will direct the film and co-wrote the script with Oscar-winning Spotlight writer Josh Singer. Martin Scorsese and Steven Spielberg serve as co-producers with Cooper.

Daniel Fish’s Reimagined The Most Happy Fella & More Set for Williamstown Theatre Festival
Williamstown Theatre Festival has announced its summer season, which marks the return of indoor performances. Opening the season will be Anna Ouyang Moench’s comedic thriller Man of God. Directed by Maggie Burrows, the play follows four teenage girls on a mission trip to Bangkok who discover a camera hidden by their pastor in their hotel bathroom. Man of God will play at the Nikos Stage from July 5 through July 16. Tony winner Daniel Fish brings a reimagined The Most Happy Fella to the Main Stage from July 13 through August 7. The new production, titled Most Happy in Concert, features choreography by Jawole Willa Jo Zollar and serves as a deep dive into love, desire, isolation and connection. Finishing up the season will be the world premiere of we are continuous by Harrison David Rivers. Tyler Thomas will direct the production, which will run at the Nikos Stage from August 2 through August 14. The play follows Simon and his mother, Ora, who have always been close. When a life-changing secret comes to light, can their bond survive? Casting for the 2022 summer season is to be announced.

Full Cast Announced for Who’s Afraid of Virginia Woolf? at the Geffen Playhouse
The full casting has been announced for the upcoming production of Edward Albee’s Who’s Afraid of Virginia Woolf? playing at the Geffen Playhouses’ Gil Cates Theater this spring. As announced, Zachary Quinto and Calista Flockhart will star as Martha and George, respectively. Joining them will be Graham Phillips as Nick and Aimee Carrero as Honey. Phillips previously starred in 13 on Broadway, while Carrero is known for appearing on Young and Hungry and providing the voice for Princess Elena in Disney’s Elena of Avalor. Gordon Greenberg directs the production, which begins performances on April 19.

Full Cast Set for Jez Butterworth’s Jerusalem West End Revival
The cast has been announced for the upcoming West End return of Jez Butterworth’s Jerusalem. Joining Mark Rylance and Mackenzie Crook, who are reprising their celebrated roles as Johnny “Rooster” Byron and Ginger, are Kemi Awoderu as Pea, Alan David as The Professor, Shane David-Joseph as Mr Parsons, Gerard Horan as Wesley, Ed Kear as Davey, Charlotte O’Leary as Tanya, Indra Ové as Dawn, Jack Riddiford as Lee, Barry Sloane as Troy Whitworth, Niky Wardley as Linda Fawcett and Eleanor Worthington-Cox as Phaedra. Ian Rickson directs the production, which will play at the Apollo Theatre beginning on April 16. Jerusalem premiered at the Royal Court in 2009 and played the West End in 2009, 2010 and 2011. It bowed on Broadway in 2011.

P.S. Do you have Encanto songs stuck in your head? Lin-Manuel Miranda has a solution!