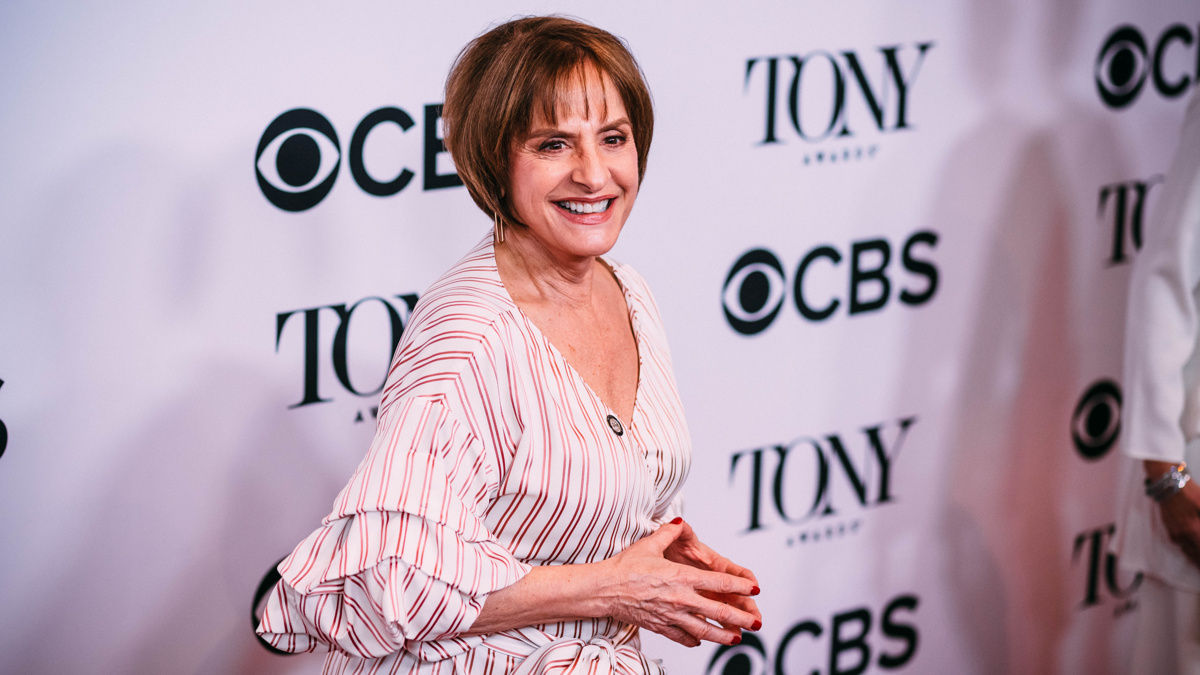 Patti LuPone Boards The School For Good and Evil
Does anybody still wear a hat, and if so, which one will Company‘s Patti LuPone wear in Netflix’s forthcoming film adaptation of The School For Good And Evil? According to The Hollywood Reporter, Broadway legend LuPone, <i mastermind Rachel Bloom, Oscar winner Ben Kingsley, Rob Delaney and Mark Heap have joined the already-stacked cast, which includes Kerry Washington, Laurence Fishburne and Charlize Theron. As previously reported, Broadway alum Sophia Anne Caruso is set to star in the movie alongside High School Musical: The Musical – The Series‘ Sofia Wylie. Directed by Paul Feig with a screenplay penned by David Magee and Laura Solon, the Netflix film follows best friends Sophie (Caruso) and Agatha (Wylie) as they discover a school where students are trained to become fairy tale heroes as well as villains. Based on the bestselling first novel in the popular Soman Chainani book series, the film is scheduled for release in 2022.</i

Watch the Trailer for the Michael Urie-Led Single All The Way
The trailer for the previously announced holiday movie Single All the Way, starring stage favorite Michael Urie and helmed by Tony-winning director Michael Mayer, has arrived, and it’s the gift that keeps on giving. Featuring Jennifer Coolidge, Barry Bostwick, Jennifer Robertson, Kathy Najimy, Philemon Chambers and Luke MacFarlane, the festive rom-com tells the story of Peter (Urie), who convinces his best friend Nick (MacFarlane) to join him for the holidays and pretend that they’re now in a relationship. When Peter’s mother sets him up on a blind date with her handsome trainer James (Chambers), the plan goes awry. The film arrives on Netflix on December 2. Check out the trailer below!

Peppermint-Hosted Sing Out For Freedom Benefit Shares Lineup
The American Civil Liberties Union (ACLU) and the New York Civil Liberties Union (NYCLU) have announced performers and special guests set to join their hybrid streaming and in-person Sing Out For Freedom benefit concert on November 22 at 7:30PM ET at The Town Hall. Hosted by Peppermint, the benefit concert will feature performances and appearances from Tony Award winners Laura Benanti and Nikki M. James, Judy Kuhn, Arian Moayed, Shaina Taub, Kuhoo Verma and more. The concert will be telecast live, and audiences may attend the live show beginning with a $60 donation. Head here for info about attending the live telecast, watching the livestream and how to donate.

Swept Away Extends Ahead of Berkeley Rep Run
Berkeley Rep has announced that the world premiere musical Swept Away has already extended for an additional two weeks. Performances are scheduled to begin on January 9, 2022; the show was originally scheduled to close on February 13. The musical will now run through February 27. Swept Away features music by The Avett Brothers and stars Tony winner John Gallagher Jr., Stark Sands, Adrian Blake Enscoe and Wayne Duvall. Directed by Michael Mayer and featuring a book by John Logan, Swept Away is set in 1888 when a violent storm sinks a whaling ship and the four surviving souls each face a reckoning. Watch Scott and Seth Avett perform the title track below.