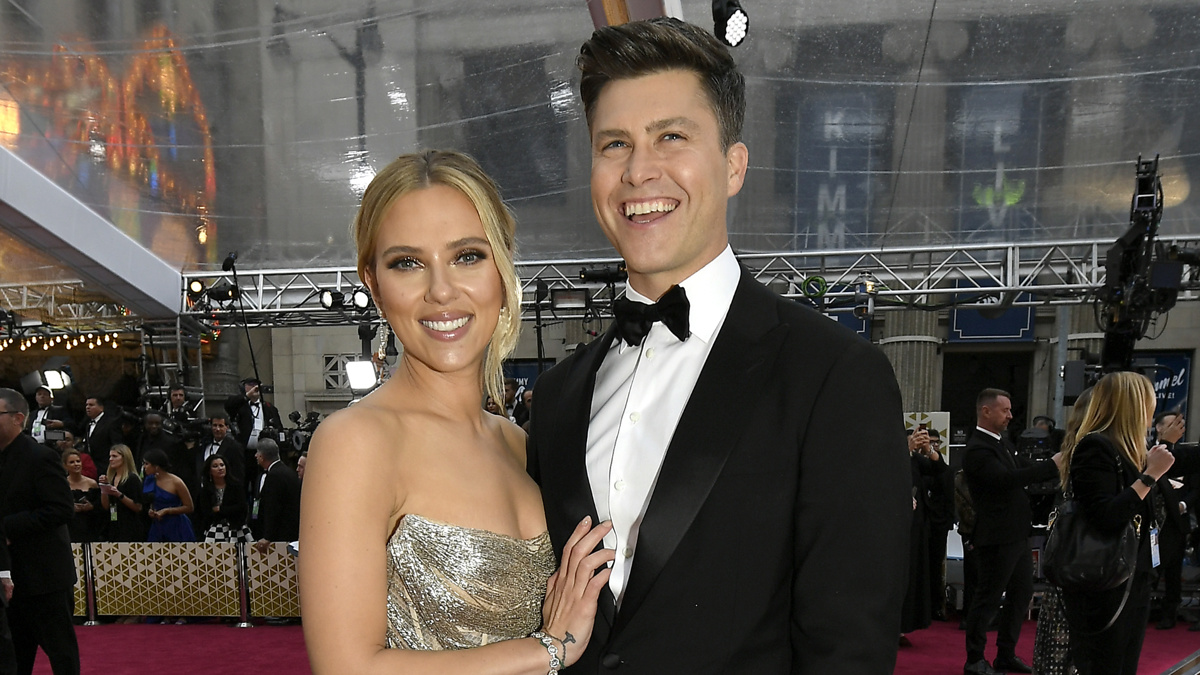 Scarlett Johansson & Colin Jost Welcome First Child Together
It’s a boy! Tony winner Scarlett Johansson and Saturday Night Live‘s Colin Jost have welcomed their first child together, according to a post on Jost’s Instagram page. “Ok ok we had a baby. His name is Cosmo. We love him very much,” Jost wrote in the post. Johansson is also mom to daughter Rose Dorothy, who will turn seven this fall. Johansson and Jost were married in October 2020. They got engaged in May 2019 after two years of dating. Johansson won a Tony Award for Best Featured Actress in a Play in 2010 for her performance in a revival of A View From the Bridge. She also starred on Broadway in a 2013 production of Cat on a Hot Tin Roof.

Ben Platt Releases Exclusive Fan Edition of Reverie
Today is going to be a good day, and here’s why! Dear Evan Hansen Tony winner and film star Ben Platt has released his second studio album and announced a tour. Reverie dropped on August 13, and now there’s an exclusive fan edition featuring track by track commentary. That can be purchased here but hurry—it’s not available for forever! This special edition is only available through August 19 at midnight.

Tony Nominee Chris Jackson Joins Sex and the City Sequel
Hamilton Tony nominee Christopher Jackson  is part of the star-studded cast of the previously announed Sex and the City sequel And Just Like That… as Herbert Wexley, a successful Manhattan hedge fund banker, according to Deadline. Jackson will be seen alongside original stars Sarah Jessica Parker, Cynthia Nixon and Kristin Davis as well as Isaac Powell, Sara Ramírez, Julie Halston and more.

Adrienne Kennedy Receives Lifetime Achievement Award
The Dramatists Guild of America has announced that the recipient of the 2021 Lifetime Achievement Award is playwright, lecturer and author Adrienne Kennedy. “Adrienne Kennedy has used her immense storytelling skill with beautifully brutal imagery to share her theatrical dreamscapes with the world,” Dramatists Guild President Amanda Green said in a statement. “Her language inspires visions that stay with audiences for days after experiencing her work. From 1964’s Funnyhouse of a Negro to 2018’s He Brought Her Heart Back in a Box, Adrienne has inspired countless young writers by remaining true to herself and her voice, knowing that what she had to say would resonate. The Guild is thrilled to be presenting Adrienne with this long overdue recognition of her gifts and her longtime commitment to the Guild.” The award will be presented at the Guild’s annual awards ceremony at a later date. Previous recipients include A.R. Gurney, John Guare, Micki Grant, Paula Vogel, Terrence McNally, Sheldon Harnick and Jerry Bock, Lanford Wilson, Joseph Stein, Horton Foote, August Wilson, Stephen Sondheim, John Kander and Fred Ebb, Neil Simon, Betty Comden and Adolph Green, Edward Albee and Arthur Miller.

Full Cast Announced for The Mirror and the Light
Complete casting has been announced for The Mirror and the Light, the final installment of the Wolf Hall series. As previously reported, the third and final installment of Dame Hilary Mantel’s award-winning trilogy will have its world premiere at the West End’s Gielgud Theatre beginning September 23. Opening night is set for October 6. Mantel adapted the story for the stage with Ben Miles, who will return to his role as Thomas Cromwell. Nathaniel Parker will reprise his Olivier-winning and Tony-nominated perfoermance as Henry VIII. Jeremy Herrin returns to direct. The cast will also include Melissa Allan, Samuel Awoyo, Ian Drysdale, Jo Herbert, Andrew Hodges, Niamh James, Umi Myers, Liam Smith and Nicholas Tizzard. They will join the previously announced returning cast members Nicholas Boulton, Matt Pidgeon and Giles Taylor as well as Rosanna Adams, Paul Adeyefa, Aurora Burghart, Terique Jarrett, Jordan Kouamé, Geoffrey Lumb, Olivia Marcus, Tony Turner, Leo Wan and Nicholas Woodeson.