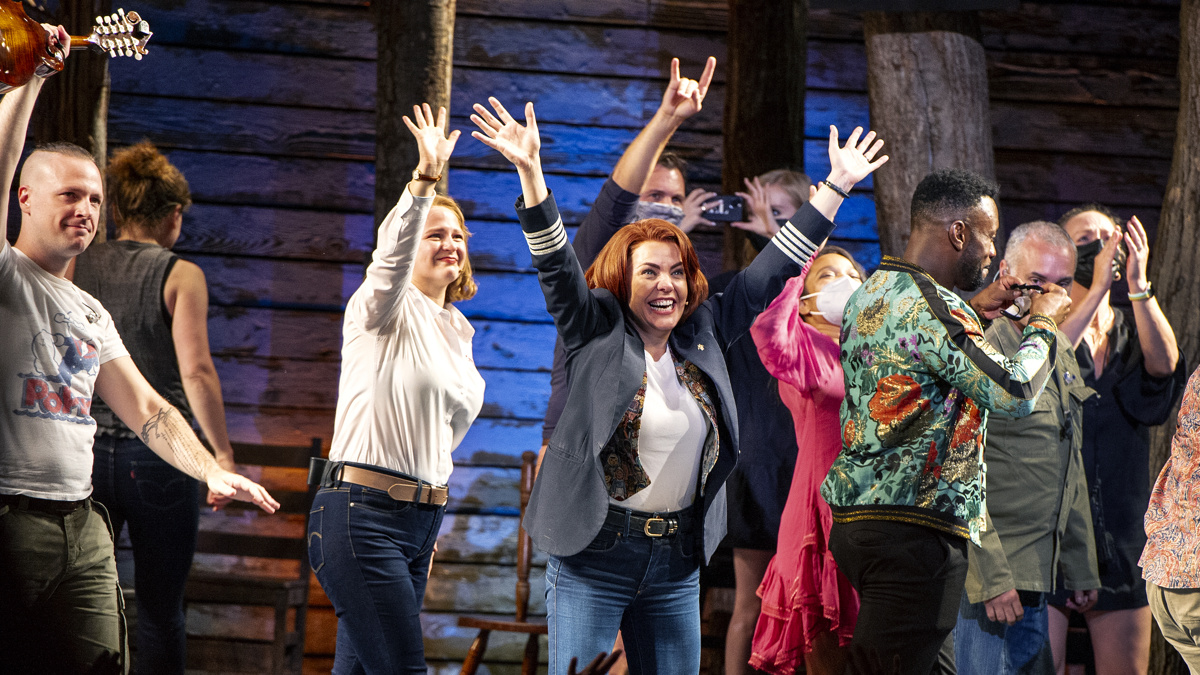 Rachel Tucker on Returning to Come From Away: ‘We Were Like Giddy School Kids Rehearsing’

Rachel Tucker is known for playing Elphaba in both the West End and Broadway productions of Wicked, and she was nominated for an Olivier Award for playing Captain Beverley Bass in the London premiere of Come From Away. The performer stepped into the Broadway production just days before theaters closed in March 2020. Broadway.com correspondent Charlie Cooper talked with the star at the Renaissance Hotel about returning to the hit musical.

“It was devastating,” Tucker said of stepping away from the show days after beginning her run. “I remember standing in Times Square getting the call from my agent, and he said go home—as in to London! My mind was blown that something could shut down theater. Theater is the last thing to close—always, no matter what happens.”

Time away from the stage made returning to the Tony-nominated production that much sweeter. “Everyone was so ready for it—more so than any other time in their career. I’ve heard a lot of people say this—and I’ve said it too: I will never take standing on stage in front of a live audience for granted ever again,” she said. “We were like giddy school kids rehearsing Come From Away again. It was so exciting. It’s a reward every day, going into work.”

Watch the interview below, and head here to check your local listings for The Broadway Show. Hosted by Emmy-winning anchor Tamsen Fadal, it is the only nationally syndicated weekly theater news program.