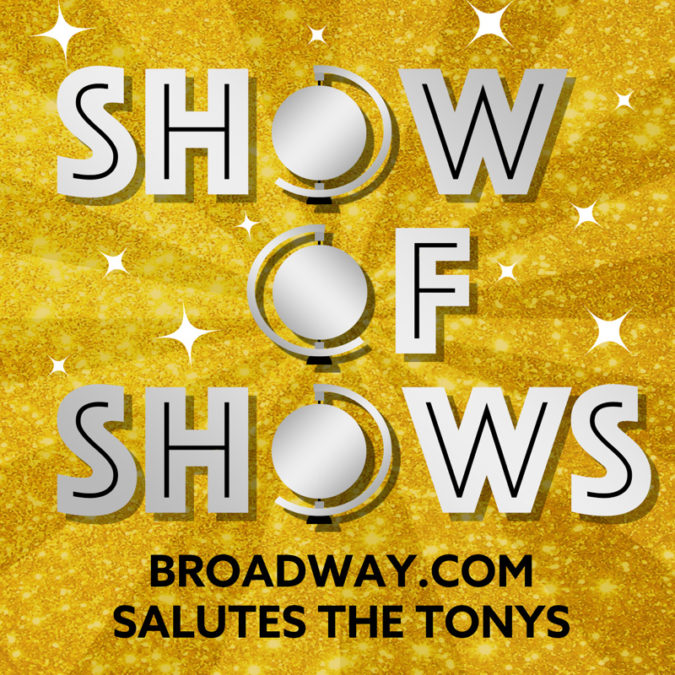 Show of Shows: Broadway.com Salutes the Tonys to Bring Theater Fans Together on Sunday, June 7

Things are looking up for the first Sunday in June!

Although the 2020 Tony Awards, originally set for June 7, have been postponed, Broadway.com will pay tribute to the annual TV event with a special event on the same night. Show of Shows: Broadway.com Salutes the Tonys, a benefit for both the American Theatre Wing and the Broadway League, will air on Sunday, June 7 at 7PM ET on Broadway.com and the Broadway.com YouTube channel.

Show of Shows: Broadway.com Salutes the Tonys will benefit the two theater organizations that co-present the Tony Awards, The American Theatre Wing and The Broadway League, and their ongoing relief efforts during the COVID-19 pandemic.

Broadway.com, and its parent company, John Gore Organization, has produced the Tony Awards television special, At the Tonys with Imogen Lloyd Webber, annually since 2016. The national broadcast has earned five New York Emmy Award nominations, winning in 2018 in the category of Special Event Coverage.

“We will deeply miss this year’s Tony Awards and telecast,” John Gore said in a statement. “And Show of Shows is our small way of saluting that grand tradition while raising much needed funds for the American Theatre Wing and Broadway League’s much needed educational initiatives.”

Broadway.com has produced numerous online charity events in recent months, including the acclaimed Take Me to the World: A Sondheim 90th Birthday Celebration for ASTEP, benefit readings of Michael Urie in Buyer & Cellar and Terrence McNally’s Lips Together, Teeth Apart for the Broadway Cares COVID-19 Emergency Assistance Fund and the return of The Rosie O’Donnell Show, which raised over $700K for The Actors Fund.

Show of Shows: Broadway.com Salutes the Tonys will be directed by Paul Wontorek (Take Me to the World), with Charlie Rosen serving as music supervisor, producer and orchestrator.

Further details will be announced at a future date.