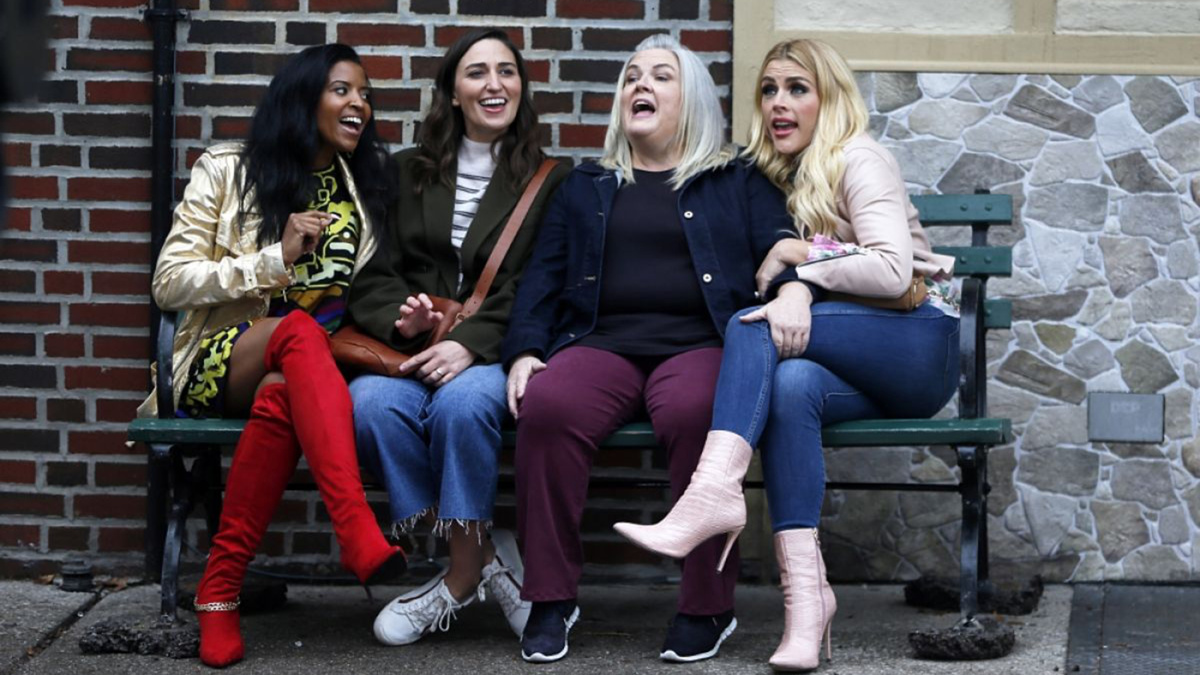 Sing It! Starry Girls5eva Picked Up for Season Two

They’re going to be famous 5eva! Tina Fey’s hilarious musical comedy Girls5eva, which stars Broadway favorites Sara Bareilles and Renée Elise Goldsberry, has officially been picked up for a season two, according to Entertainment Weekly.

The show, created by Emmy winner Meredith Scardino and produced by Fey, premiered in May on NBC’s streaming service Peacock and focuses on a former ’90s girl group that takes another shot at fame when their one hit gets sampled by a young rapper. Bareilles and Goldsberry are joined by Paula Pell and Busy Philipps who round out the girl group. Season one also featured a slew of stage favorites like Ashley Park, Erika Henningsen, Andrew Rannells and Daniel Breaker.

“We are so excited to continue Girls5eva alongside this incredibly talented group of cast and producers,” said Lisa Katz, President, Scripted Content, NBCUniversal Television and Streaming, in a statement. “It was hard to miss the immediate fandom that was born after the launch of this series. This aspirational comeback story is filled with heart and friendship, perfectly blended with catchy songs and humor, and delivered by an exceptionally versatile cast. We look forward to following this group’s journey as they continue to hit just the right notes.”

A production timeline will be announced later. Watch Goldsberry talk about making her “pop star fantasy” come true in the show on Broadway Profiles below!