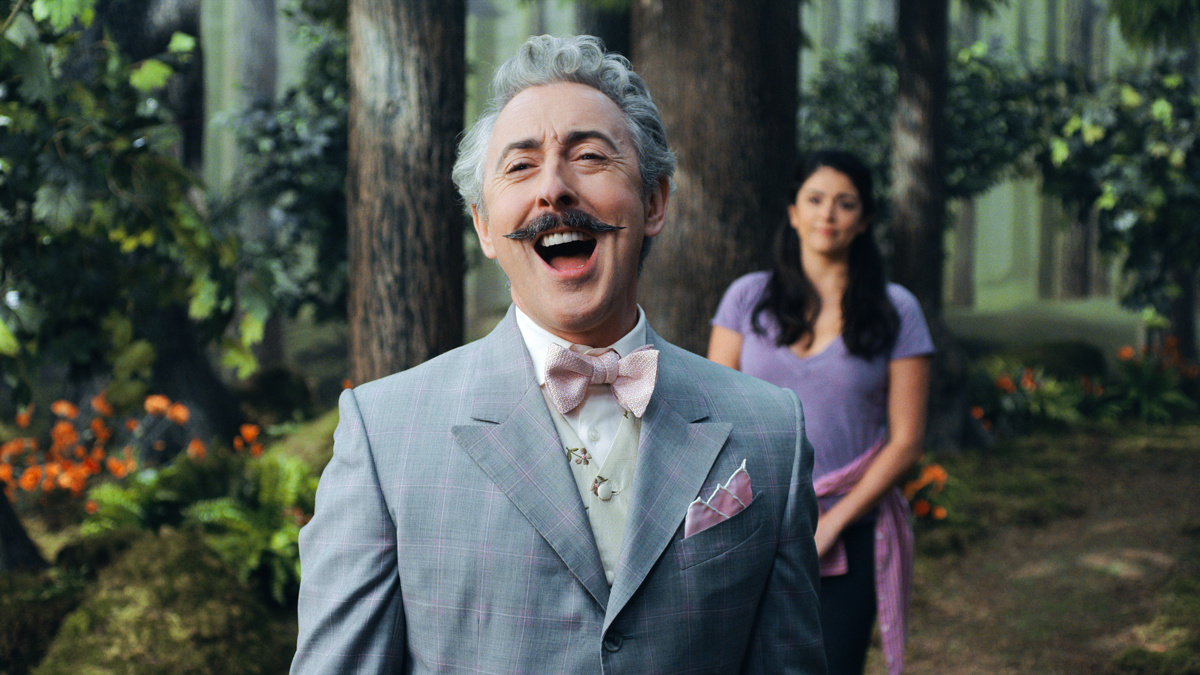 Save the date for this Broadway star-studded new TV show! Schmigadoon!, the previously announced Apple TV+ musical comedy series, will premiere on the streaming service on July 16.

Written by by Cinco Paul and Ken Daurio (Despicable Me), Schmigadoon! serves as a parody of iconic Golden Age musicals. It follows a couple on a backpacking trip trying to reinvigorate their relationship when they discover a magical town living in a 1940s musical. They then learn that they can’t leave until they find “true love.”

With Strong and Michael-Key starring as the leading couple Melissa and Josh, respectively, viewers will see Cumming as Mayor Menlove, the welcoming town leader who harbors a secret (and a song) in his heart and Harada as Florence, his oblivious, dutiful wife. Armisen will play Reverend Layton, the mild-mannered religious leader of the town with Chenoweth as Mildred, his morally superior busybody wife. Tveit is taking on the role of Danny Bailey, the town bad boy who sets his sights on Melissa. Cameron portrays Betsy, the farmer’s daughter who falls for Josh. DeBose plays Emma Tate, a more modern school teacher who struggles to fit into the town’s strict mold. Camil is the icy-hearted Doc Lopez, while Krakowski plays a sophisticated woman determined to marry him.

Co-creator Paul serves as showrunner and wrote all of the original songs for the series. Barry Sonnenfeld directs and executive produces alongside Saturday Night Live and Mean Girls producer Lorne Michaels.