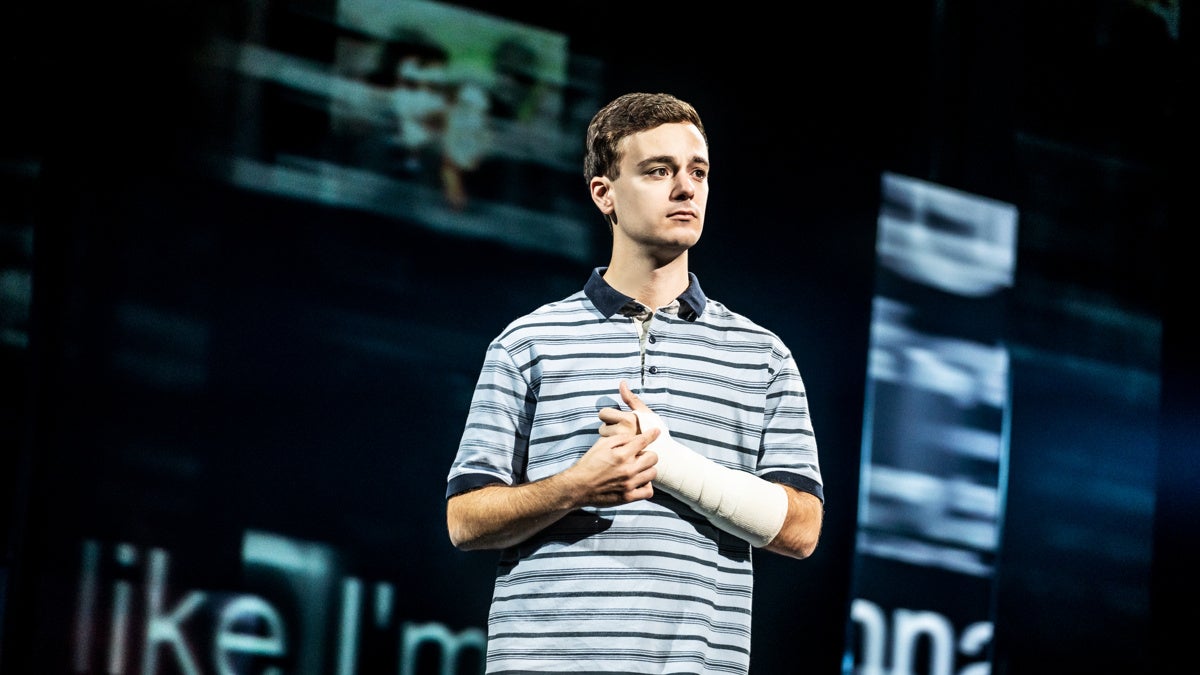 Originally from Miami, Florida, Stephen Christopher Anthony began his formal training at the New World School of the Art, before pursuing a Bachelor of Music in Performance (Music Theatre) degree from Florida State University. After graduating, he hit the road with the first national tour of Catch Me If You Can, starring as con-man Frank Abagnale Jr. in the popular musical. Anthony then joined the Broadway ensemble of The Book of Mormon, where he understudied Elder McKinley. He’s also performed in productions of The 25th Annual Putnam County Spelling Bee, Jesus Christ Superstar, On the Town, Hairspray, Tarzan, Pump Boys and Dinettes, The Wizard of Oz and Carousel. And since last September, Anthony has been leading the North American tour of the Tony Award-winning musical Dear Evan Hansen, which is playing the Eccles Theater in Salt Lake City through March 14, before heading to cities like Omaha, Baltimore and Appleton in the coming months. Broadway.com recently chatted with Anthony about starring in the blockbuster show as it makes its way across the U.S. and Canada.

What excites you most about playing Evan? How does playing him challenge and reward you?
Evan is so vulnerable, which means surrendering a lot of control—you can’t replicate or micromanage an authentic emotional experience, so you just have to step into the piece and trust it. Jessica Phillips once called it “the free fall.” It’s scary but it makes every show new and exciting. And there’s a certain zen that comes with accepting that whatever’s going to happen is okay. Night after night, we hear people saying, “We’ve been waiting to see this show for years!” It’s never lost on me how special this show is to people, how lucky we are to be bringing it to new audiences for the very first time.

What’s your favorite moment to play in this show?
It really does vary night to night because the most satisfying moments are the ones that are unexpected. I see something new in my scene partner’s eyes and it takes my heart somewhere new; and you walk away from that like, “Wow, we just made something totally new that felt alive.” I still can’t believe it’s all happening! This show was such a dream of mine.

How have audiences been reacting to this show?
Our audiences are truly unbelievable. They’re just so gracious and generous. I think a lot of people are very familiar with the album, but not the specific twists and turns of the plot, so one of my favorite things is when we hear the entire audience audibly gasp after certain lines. The script and story are just that good. You’re going to laugh, you’re going to cry and, most importantly I think, you’re going to walk out having great conversations.

What about this experience has surprised you the most?
Any time someone relates our story to their own personal struggles, I’m reminded of the immediacy and vitality of our show. I take that on stage with me every night. Sure, it’s a fictional character, a story, but the struggles with identity and community are very very real.

Who or what continues to inspire you most as an artist and why?
This cast and crew! Each person out here on the tour is a rock. I find new truth in the cast’s performances every night. Our crew is miraculous—setting up the show in a new theatre every week. Someone is always there in the wings with a smile and a joke to pick me up when I’m down. The people here make work a joy.

Of the many things you do, which one makes your heart beat the fastest?
Stepping down into the light to begin “You Will Be Found.” I know all of the set pieces are about to move off stage, there will be no special effects, or fancy projections. I’ll be alone on the stage, maybe two feet away from the front row, and it’s just me and you—a couple thousand of you!—stepping into this intense raw shared moment. It’s terrifying and I love it.

What do you like to do when you’re not working?
Listen to “Oprah’s SuperSoul Conversations” podcast. I’ve also been doing a lot of yoga and meditation to keep centered. My ideal vacation is a great beach and a great book…or five.

What city have you enjoyed the most, so far, and why? What city are you most looking forward to?
I was so happy in San Diego’s sunny weather—it reminded me of home, which is Miami. I’m excited to return to Chicago! The last time we were there it was the middle of winter, so it’ll be fun to bop around the city in the summer.

Visit BroadwayAcrossAmerica.com to find out when Dear Evan Hansen is headed to your city.