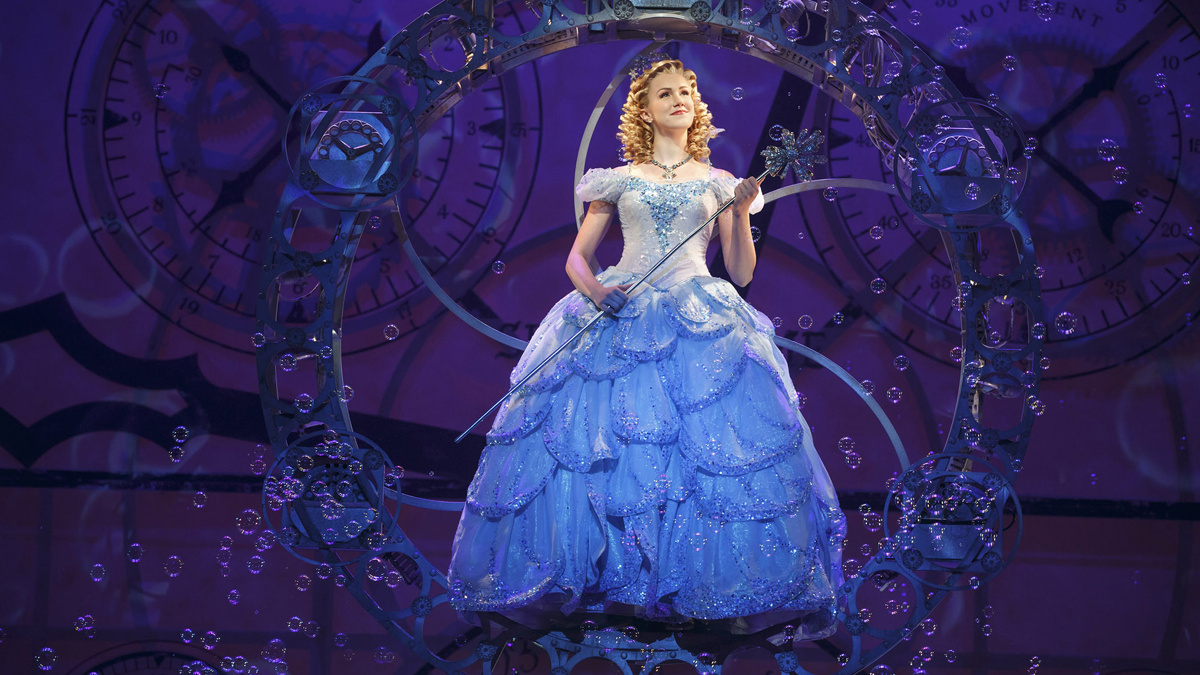 As previously reported, Wicked will return to Broadway’s Gershwin Theatre on September 14, and many of its performers will be stepping back into their roles. Ginna Claire Mason will return to play Glinda the Good. She talked about coming back to the show with Emmy-winning host Tamsen Fadal on Broadway Profiles. “I just could not be more thrilled about coming together again with this community,” she said.

Mason, who is a new mother, spent time during the pandemic teaming up with her best friend Mary Kate Morrissey, who appeared as Elphaba in the national tour of Wicked, to teach students virtually. “You cannot contain an artist. They are going to want to express. They are going to want to bring their art into the world,” she said. “I’ve been so inspired by my castmates and by other members of the community who have created businesses, who have grown their families, who have traveled, who have found new passions. People are finding ways to grow their artistry outside of the theaters.”

Mason is excited to descend upon the Gershwin Theatre in the bubble once more: “Coming back together, we’re going to see a community that is rested, that is creatively inspired, that is more united than ever and just excited to get to perform again.”

Watch the interview below, and head here to check your local listings for Broadway Profiles. Hosted by Fadal and powered by Broadway.com, it is the only nationally syndicated weekly theater news program.